As a Matter of Fact, It’s Likely Your Opinion 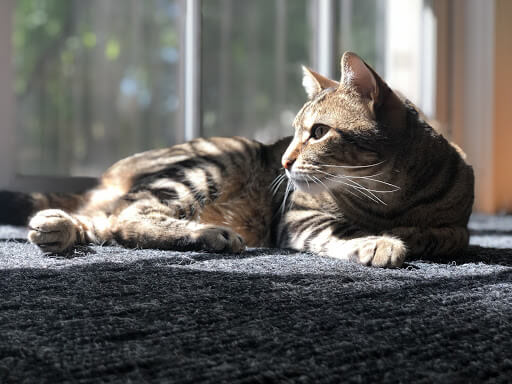 This is Part 3 of the series Money on Your Mind, a blog series created to tell you exactly what you need to know about your brain and your spending habits in a straightforward, simple format.

From my father’s reaction to me asking to adopt the cat in the picture above, you would’ve thought I’d asked him to give up his life’s savings for me to fly me to the moon. Being a father, he was completely opposed to the idea of adding yet another dependent to our household.

“But Dad! Owning a cat only costs an extra $500 per year. That’s less than you spend on coffee all year,” I complained.

“What do you mean only $500? That $500 would be amortized in my 401K for decades. Don’t be wasteful!” he hammered back ready to start another much-needed lecture on how much money I frivolously wasted.

Though I didn’t understand when I was younger, this was a clear example of Confirmation Bias, a bias that commonly causes poor spending decisions. This cognitive bias occurs because we seek information that supports conclusions we wish or believe to be true and ignore information that doesn’t fit our views. In short, we’re subconsciously biased and tend to be bad at being objective, even if we try not to be.

As shown in the graph above, Confirmation Bias translates into how we interpret objective information. When me and my father heard that it took around $500 per year to take care of a cat, we interpreted the same piece of information differently to prove our polar opposite points.

How can this affect your wallet? When it comes to choosing investments, Confirmation Bias can lead you to jump to conclusions and be either overly optimistic or pessimistic. If you’ve always wanted to invest in the tech industry, you’re likely to remember and read articles predicting promising growth and stating the benefits to investing in tech. However, wearing Confirmation Bias’ rose-tinted glasses won’t dismiss the potential for a decline in the tech industry. If you’re not aware of the effects that Confirmation Bias can have on you, you could jump into the risky investment without being prepared for any of the downfalls that were predicted in sources that lacked your recognition.

Let’s look at another example of how Confirmation Bias can cause poor decision behaviour. If you’re considering renting a flat in London, you might be researching “living in London” rather than “Should I move to London?”. In the first question, the assumption is made that you will be moving to London and the search will return articles by those who feel strongly towards living in London. The difference lies in the second question, which allows the exploration of not only advantages, but also disadvantages of living in London that may include the cost of living, weather, demographics, etc. This balance of information is necessary to make an informed decision on whether to move to London or not.

In both of these examples, it is important to notice that being aware of arguments that go against your desired outcome or perspective allows you to make the right decision and be prepared no matter what the outcome is. To look at information objectively, don’t just use your memory to recall information. See how the facts can support your argument and counterargument and find out how much your truth and opinion overlap.